Home - About Us - History

On Tuesday, 13 June 2017, the State Government announced a new inner city secondary school would be built in Subiaco, as part of a plan to transform Subiaco Oval into a vibrant new community precinct and to ease enrolment pressure on nearby secondary schools.

The school was temporarily named ‘Inner City College’ during the planning and construction phase.

Bateman T&Z Architects Joint Venture were appointed in September 2017 to produce a high-quality design for Stage One to match the modern education needs of today’s secondary students with spaces that inspire learning.

PACT Construction began building Stage One in in March 2018 and completed the project in December 2019.

More than 2500 people worked on site for over 18 months to construct the college in time for the start of the 2020 school year. The College was built over four levels using 1500 tonnes of steel and 10,250 cubic metres of concrete which has now become 58 teaching rooms, a sports hall, two basketball courts, a 150-seat lecture theatre, library and staff areas.

In May 2019, the State Government made the decision to name the college after Australia’s 23rd Prime Minister, Bob Hawke. This followed Mr Hawke’s passing on May 16, 2019.

More than 800 people, including the 2020 foundation students and their families, attended the opening event.

The Governor, who was a Minister in the Hawke Government, said that he could not think of a more appropriate memorial to his friend and mentor, Bob Hawke, than this new College.

The Governor told students that their values, work ethic, attitudes to their peers, willingness to lead and the character of their social interactions would be formed during their college years. He emphasised how proud and privileged Bob Hawke would have been to have his name memorialised over such a powerful institution. (click here for the Governor’s full speech)

Premier Mark McGowan hoped the name of Bob Hawke would become an inspiration for the young men and women who walk through the doors of the College.

The Premier said Bob Hawke was bright, but he needed to work hard to achieve what he did. A sportsman, but keen to achieve academically as well and that ultimately, he used his gifts and his successes, not to benefit himself, but to serve his community, and help his fellow Australians.

The Premier said he wanted every student who crossed the threshold of this College, who walked past the bust of Bob Hawke, to know that talent is no substitute for hard work, that success comes with effort, and to always be thinking of how you can use your talents, for the benefit of your community, state and your country.

Education Minister Sue Ellery said the foundation class of 2020 would make history by being the first to attend the College, the first to graduate and the first to make their mark on the world as Bob Hawke College alumni.

The Minister said current and future students would benefit from state of the art facilities that combined visually amazing surrounds with an optimum learning environment.

On Monday 3 February 2020, 265 students began their journey when they walked through the doors of Bob Hawke College for the very first time. As the College’s first cohort, these students have the unique opportunity to set the standard for all those who follow. 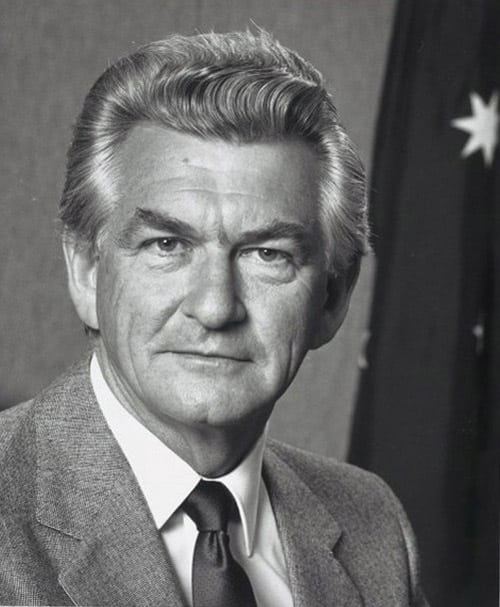 Bob Hawke was born in South Australia, moving to Western Australia when he was only nine years old.

Mr Hawke served as Australia’s 23rd Prime Minister from 1983 to 1991 and introduced many important reforms including Medicare.

Join Us at
BOB HAWKE COLLEGE